There’s a new clip from David Hayter’s directorial debut, Wolves, which is finally opening tomorrow, November 14. While I’m still baffled by the missed opportunity of a Halloween release, at least we’ll have something to go see if Interstellar or that Jim Carrey/Jeff Daniels flick-that-shall-not-be-named is sold out.

The clip, which is exclusive to MovieWeb (and can be found at the link), features Lucas Till (whom you’ll remember as from the two latest X-Men films) as main character Cayden Richards (Cayden? Who wrote this, Christine Feehan? No, actually it was David Hayter. He also wrote X-Men, X2: X-Men United, The Scorpion King, and Watchmen), as he is attempting to enjoy a beer in solitude and failing badly. So we get Cayden, bartender Angelina, and their “meet-cute”. It’s worth noting that the teensiest glimpse of Jason Momoa as Connor, the bad-ass alpha of the local wolfpack, is so much more interesting and hints at some major lycan shenanigans still to come. (You know I’ll be buying a ticket looking for the fulfillment of that promise.)

Speaking of which, check out this clip.: 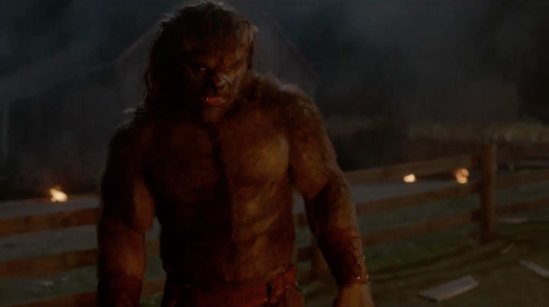 Once a popular high school student, Cayden Richards wakes from a horrific nightmare, only to realize that he’s living it. He is changing into something vicious, unpredictable and wild. Forced to hit the road after the brutal murder of his parents, Cayden tries to hunt down the truth of what he is. He finds the answers he seeks in the mountain town of Lupine Ridge, where he discovers others just like him, including the beautiful Angelina (Merritt Patterson), a young woman caught between two ancient clans of wolves.

Wolves with Lucas Till, Merritt Patterson, Jason Momoa, John Pyper-Ferguson and Stephen McHattie opens in the US on November 14.

Romance with a Side of Danger

The Fund for Horses Official Blog

An Arts-Filled, Tasty And Sometimes-Loopy Jaunt Through Life

"You're only given a little spark of madness. You mustn't lose it." Robin Williams

the stories behind the pictures, and vice versa

zany dog exploits - and other tails

Just adjust your idea of "fine".

A blog about writing and self publishing

Made by margie
Drink What YOU Like
Kim Cleary